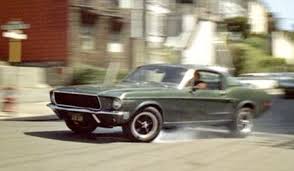 DO YOU HAVE WHAT IT TAKES?

Do you have what it takes to catch Kowalski
or to elude Lt. Frank Bullitt? They’re waiting
at www.lilgoat.com for you to give it your best
shot…

If you happen to be a cop you’ve better be on the
lookout for a white 1970 Dodge Challenger with
Colorado license plates OA5599, however, Kowalski
means no offense and nothing personal by leaving
you in the dusts. He’s just doing what he’s gotta’do.
So, in other words,
OPEN THE ROAD FOR KOWALSKI!!!

On the other hand, if you’re a bad guy with no morals,
a highland green 1968 Mustang GT fastback with
California plates JJZ-109 will be hot on your tail
from Columbus Street to take you down Taylor or
anywhere. Bad guys, you’ve gotta’ sweet 1968 Dodge Charger
but don’t waste his time because, Lt. Frank Bullitt just
plays it and calls it as he sees it, so don’t play him for
a sucka’ or a fool!!! Get the picture?
Then get right and
come on with it if you think you’ve got something…

THEY’RE WAITING FOR YOU
AT:
www.lilgoat.com

Living in the past…
1968, Steve McQueen
city skyline all day… A nurse leaves
the hospital- another comes…
A Mustang turns the
corner to follow another car….

SUNDAY AND A MOVIE

When Spanky sang the part of: “I remember
Sunday morning”- my visions take me distant
and feel- seeing Steve McQueen park his Mustang
near the carwash in a movie and get out…
1968 visions- was it sunday then?…
I feel sorrow too- but I remember her song-
Sunday will never be the same,,,

Bullitt- intensed, confused look firmly
on his face-
sudden turn and a level hill
guessing Mustangs carousel of a song…
The first part of TLC saying:
“Still, I choose you” are words and melody
of his pure look and shift gears-
Steve McQueen-
“Go after him Frank!!” The Charger is getting
away!”….
Sigh about stress but only tell a story-
for a moment can you see illusion
black color and dream of another world….

Three songs that tie in with
Bullitt-
heavens dusks in the hospital,
texture with leaves falling light carousels…
Yes Frank! We see you and give lots of
grace and respect to those San Francisco
times-
5,10 killer, Chalmers and a Johnny Ross…
Lieutenant, go after the Dodge Charger…
Highland green color carousel in the
hotel and airport… My Kinda’ Lady, by
Supertramp- and the duration day poses dark
with Bob Crewe generation- mirror, one hand
up on the wall-
Night-time turn to mirrors
daylight…
Steely Dan’s “Hey 19” is more than
one place in someones heart to chase the car
as a number 9 rebel child…
Music to watch girls
by.. Night carousel airport police, otherwise, the
movie music is perfect color blue by
determination in this man’s eyes….

Religion and Jump on the
hill that takes first place….
Holy Cross 1968 Dodge Charger.
The reign is always the outcome of dark that
really matters…

Solar round mirror glass move gently,
slowly….
Patience wait calmly in the night air
for a move and a phone call in the dark…
Johnny Ross be still-
Bullitt sees the mirror too
and before time…
A time to leave-    Johnny Ross
escape from Chicago-
Smoke the last ones that try
to kill you-     See the mirror?…   Tomorrow morning,
Bullitt has a job to do….

Two men… One with gray hair, both followed
Lieutenant Frank Bullitt…
Independent cop get
in your Mustang-      The Sunshine Cab Company
and where you were, San-Francisco place under the
bridge…
The start, the exhaust notes and the speed get
it on really quick….  Dodge Charger, Please!!! Don’t think
you’re being slick!!!… Frank sees you both, and he and his
Mustang are ready to take action, just as you see and move,
one mirror…
Turn the lights out on the streets, Mustang and
Dodge Charger….   Lieutenant Bullitt, one turn under the
bridge…

QUESTIONS OF WHO AND WHAT?

Someone has some questions to answer, including
the police. Yes, Chalmers too….
What’s really going on outta’ Chicago?… Why?…
Johnny Ross, dead?…
Who?… Who really wants him
dead? Or was that really Johnny Ross?…  The heat is
hot in the summer but there’s a cool breeze…
Turn the wheel slowly in shadows to beware of one
wrong move…  The Dodge Charger just saw the
ambulance leave for the hospital…

TAKE ALONG YOUR INTUITION

Lieutenant Frank Bullitt-
Take along your intuition and
a story from the hospital doctor that helped you keep
your secret…   Just before Dorothy Simmons, justice
has the time and then no time about the two killers…
Black Dodge Charger 1968,-
Who are they? Who’s Johnny Ross?
A phonecall-  1968…  The time is running out….
A informant knows the sunshine and where it would stand….
Ask him, and that’s an order….

What does the alleged Johnny Ross
know?… Certain daylight can find
out the truth. Somebody is lying and
paying for it… Chicago is the root
of an evil spirit. His brother says
good-bye when San-Francisco receives
the message…

Lies, cover-up and murder…
Johnny Ross, when the sun
rises, rebellious speed is what
Bullitt is all about…

A meeting with Chalmers seems
innocent enough until later, the
truth seems to be all about status…
What does Chicago have to do with
it?…Protection?…
Signed papers between Chalmers and the
police. A Dodge Charger and a Ford Mustang
start to unravel the truth…

Somebody lied… That’s why cabs,
secrets and payphones seem to have
a lasting relationship that will help
tell the truth of what really happened,
in Lt. Frank Bullitt’s favor…

Mrs. Robinson and Bullitt, I’m MAD!
Jump and arms folded bicep strength
in a guitar-
1968 Dodge Charger has a serious
vengeance-  Mustang not to take any words without
a fight-
R/T is it’s law as respect in a sweet
vengeance of time-
let’s get it on…..